DISCOVER TUSCANY … NOT ONLY SEA

Castagneto Carducci
Once named Castagneto della Gherardesca by the  Gherardesca Counts,the village  was built around their Castle
Leaving the hotel you can reach Castagneto by car in a few minutes and ,if you prefere  biking, you will enjoy the beautiful countrysides  trought vineyards and hills.
The actual name  of Castagneto Carducci was given to the ancient fief in 1907, in honour of the poet Giosue Carducci who stayed there as an adolescent and who always remained bound to it.
The streets have been developed in concentric rings starting from the castle, which was originally surrounded by walls. Today, only a section of the walls remains, facing the sea. Don’t miss a walk in the main road named “Borgo”, a typical  small street of medieval flavour.
Besides Castagneto offers some  historical and cultural itineraries; the  Church of the Holy Crucifix ,the  Praetorian Palace and the house of the poet with a  museum dedicated .But your  visit to Castagneto cannot end without a walk to Piazzale Belvedere where you will enjoy a suggestive wiew over our country. Bolgheri is  located about   8 Km from our Hotel, by car or by bike ,along the highway Aurelia towards Livorno .
When you  arrive  near San Guido  take the right  and along suggestive Viale dei Cipressi , made famous by a poem of Giosuè Carducci, in a short time  you will arrive.
Bolgheri is an ancient medieval village, a fief of the Counts of Gherardesca who built the castle on the top of the hill.
Interesting places to visit are :
the home of  the Poet Giosuè Carducci, where he lived for ten years  composing some poems inspired by  the places and landscape of the Maremma.
the cemetery Nonna Lucia dedicated to the poet grandmother, and the oratory of St. Guido.
Recently  Bolgheri is known in the world for its wines produced  in an  area that in named “ Doc Bolgheri.” Suvereto is a small but interesting medieval village ilocated about 15 km from Marina di Castagneto and can be reached by car along the SS Aurelia towards Grosseto. The village is rich in history and  its origins date back to the collapse of the Roman Empire, when the people left the coastal areas to take refuge in the hills. Today we can still breathe the medieval atmsfera visiting Aldobrandeschi Fortress, the Church of San Giusto and the Town Hall.
In summer, particularly in July, thank to an intens program of events,  many outside spectacles  with characters   wearing typical costumes are  reviving ancient crafts, traveling shows with musicians and jugglers 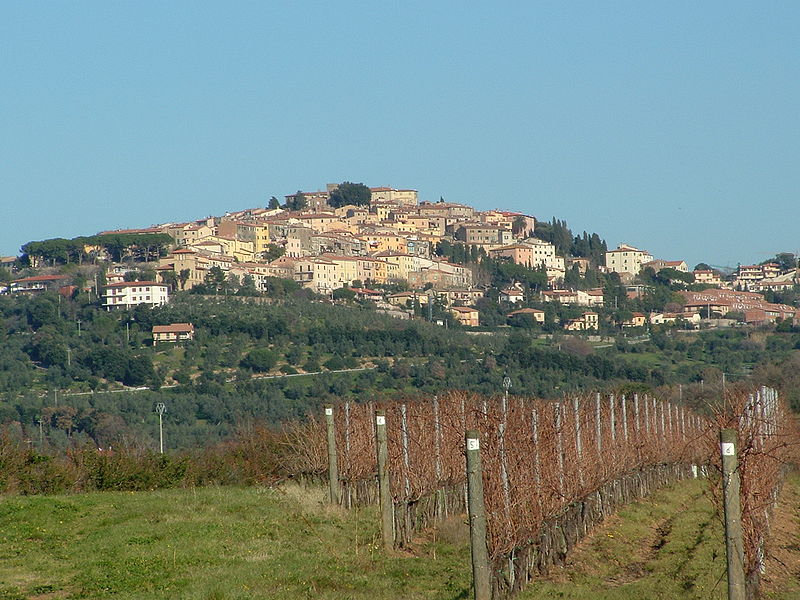